Having applied for many leadership positions in higher education, it has been encouraging to see that every position description listed diversity and inclusion as a priority. And yes, we have come a long way in developing strategies for increasing diversity and a number of institutions have had measurable success using these strategies. For example, I’m pleased that at my previous institution, we went from 14% of our faculty and managerial staff being people of color to 21% in just over two years. Like many others, I have openly shared the strategies we used with anyone who is interested.

However, reviews of those in leadership/managerial and faculty roles show we are still have a significant over-representation of those who are white and male. So, that leaves us with the question – if this is a priority and the strategies for success are readily available, why have we not made more progress?

I believe there are several reasons for the lack of success in increasing diversity. First, while everyone lists diversity as a priority, it is not really the case for all institutions and all leaders. To be honest, institutions, particularly the public institutions, have to say diversity and inclusion is a priority even if it is not true for those in leadership roles. While I certainly have had, and currently have, excellent support for my diversity efforts, in other cases I found I had to fight those above me rather than having the support I expected based on the position description.

Fourth, the hiring and promotion processes some of us say are biased and need to change are the same processes that were used to attract and retain people on search committees and in the hiring positions. They also might have been the same people who helped to develop these processes. Therefore, the attack on the process feels like an attack on them personally, so it is easy to understand their desire to defend the current approach.

Finally, while those working in higher education often advocate for change elsewhere, we suffer from the same resistance to change in our organizations as everyone else. Change is never as easy or as comfortable as maintaining the status quo. Over the years, I have seen considerable resistance to revisions of policies and procedures, even when the proposed changes have already become the norm at most other institutions. The changes being suggested relative to diversity and inclusion are sometimes not yet the norm, so the resistance can be even greater. However, I will argue we must be willing to change our approach if we want to change the results.

To conclude, for all of these reasons, I have found one of the most important factors for truly making a commitment to diversity and inclusion a top priority in a university are the actions of the leader. We know everyone says it is a top priority, but leaders need to be the one to take the actions necessary to show they truly believe it is important. They have to be crystal clear this is a priority for him or her both by words and actions and they must be willing to hold people accountable. Without this leadership from the top, making the changes necessary for progress is unlikely. 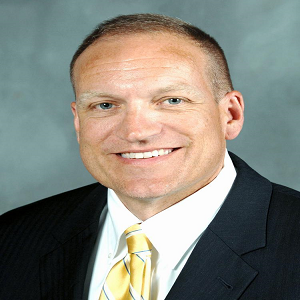 Dr. Daniel F. Mahony began his tenure as the 10th president of the Southern Illinois University System on March 1, 2020. Bringing his student-focused, transparent and data-driven style to the SIU campuses, Dr. Mahony began his tenure by signing the CEO Action for Diversity and Inclusion Pledge to foster an even greater sense of openness and respect for others as president of the multi-campus university system. Before coming to the SIU system, Mahony served as President of Winthrop University in Rock Hill, South Carolina from 2015 to 2020. While there, he initiated a campus-wide effort to create a strategic plan that focused the university’s attention on becoming a national model for a student-centered university experience while adjusting to the changing realities of higher education. Prior to his tenure at Winthrop, Mahony spent seven years as dean of the College of Education, Health, and Human Services and a professor of sport management at Kent State University in Ohio. While in this role, Dr. Mahony developed the college's strategic plan and reorganization which led to increases in both enrollment and retention. Dr. Mahony also spent 13 years as a faculty member and administrator at the University of Louisville where his positions included sport administration program director, department chair, associate dean, assistant provost, and associate provost. In these roles, he had a variety of responsibilities including strategic planning, student learning assessment, program review, budget management, and accreditation. Prior to his faculty and administrative positions, Dr. Mahony worked in both public accounting and intercollegiate athletics. He earned a B.S. in accounting from Virginia Tech, an M.S. in sport management from West Virginia University, and a Ph.D. in sport management from Ohio State University. He is an active researcher in the areas of sport consumer behavior and intercollegiate athletics and has published more than 60 articles in various refereed journals, several book chapters, and one book. Dr. Mahony received the 2007 Earle F. Zeigler Award from the North American Society for Sport Management (NASSM) for his research contributions to the field. He is a NASSM Research Fellow and served as the association's president from 2003-2004. He was the recipient of the 2015 McInnis/Ryan Award from the American Association of University Administrators (AAUA), which recognized his principled and ethical leadership practices, and his scholarship regarding issues of justice and ethics in college, high school and professional sport. He was the inaugural recipient of the Daniel Mahony Award for Social Responsibility from the Office of Diversity Outreach and Development in Kent State University's College of Education, Health and Human Services. In 2018, Mahony received the Academic Achievement in Sport and Entertainment Award from Sport and Entertainment Venues Tomorrow. He is the 2020 recipient of the Charles Whitcomb Service Award given by the Minority Opportunities Athletic Association (MOAA) which acknowledges individuals who foster diversity and inclusion within the intercollegiate athletics community. Dr. Mahony also is a member of his college's Hall of Fame at West Virginia University and Pi Kappa Alpha's Order of the West Range. Originally from Clinton, New Jersey, Dr. Mahony has been married for more than 25 years to wife Laura, with whom he has two children, son Gavin and daughter Elena.