The University of North Carolina at Charlotte (UNC Charlotte) is the state’s urban research university and a driving force of growth, discovery and innovation for the metro Carolinas, leveraging its location in the state’s largest city to offer internationally competitive programs of research and creative activity, exemplary undergraduate, graduate and professional programs, and a pioneering learning experience that prepares graduates to become active citizens of the world. UNC Charlotte is home to more than 28,000 students, including approximately 5,500 masters and doctoral candidates, representing 47 states and 105 countries. Founded in 1946, the campus sits on 1,000 wooded acres just 8 miles from Uptown Charlotte, rated the number one “Most Up and Coming City in America” by Yelp. The University is the largest institution of higher education in the Charlotte region and the third largest of 17 constituent members of the University of North Carolina System. UNC Charlotte is a Doctoral and Research Intensive institution and has the largest research library in the Southern Piedmont region, with more than one million volumes.

Reporting to the Vice Chancellor for Student Affairs and serving as a key member of the division’s management team, the Associate Vice Chancellor for Housing and Residence Life (AVC) provides comprehensive leadership and vision for UNC Charlotte’s 16 residence halls, as well as a 13-house Greek Village, and oversees an extensive program of residence life functions for 6,100 students living on campus, including 82 percent of first-year students. The AVC leads comprehensive strategic planning efforts for the department, developing and administering the next Master Plan; works with consultants, architects, contractors, and the campus’s Facilities Management group in the design and development of all construction and renovation projects; fosters relationships with off-campus apartment complex managers and facilitates the transition from on- to off-campus living; and utilizes sound assessment methods to ensure thorough data-driven decisions at all times. Additionally, the AVC provides strong leadership for and oversees the recruitment and development of a diverse professional staff; administers an inclusive and wide-ranging residential education effort; manages over two million square feet of residential physical plant, including the construction of a new residence hall scheduled to open in the fall of 2021; and develops policies and procedures that positively impact residential students and the operations, services, and staff of the Department.

The AVC effectively develops, manages, utilizes and ensures accountability for all departmental budgets; cultivates, nurtures, and sustains relationships and partnerships within Student Affairs and across the campus community that ensure an outstanding living experience and support student success; and collaborates with the divisional management team to champion the vision and goals of the Vice Chancellor for Student Affairs, and standing in for the Vice Chancellor as requested. The AVC proactively provides students with a variety of services and educational opportunities that enhance their out-of-class experiences and strives to make constant improvement in customer satisfaction with students’ on-campus living environment. The AVC develops and manages an annual operating budget of approximately $50 million and is responsible for 159 full-time staff, including five direct reports, as well as 250 student staff.

A master’s degree is required (doctoral degree preferred). The successful candidate will have demonstrated progressively responsible leadership or management roles in higher education student housing operations or residence life, as well as the demonstrated ability to lead, develop, and apply best practices to a large comprehensive program. The successful candidate will possess proactive leadership skills including strategic planning, crisis management, and organizational prioritizing; strong financial and budget management skills with experience in revenue generation and cost containment; and supervisory skills which inspire, motivate, and foster a culture in which all staff members are treated with respect, fairness, and professionalism and which promote professional development across all members of the team.

The successful candidate will possess a strong understanding of the housing trends and needs of the current student population and will recognize the value of the student residential experience related to admission, retention, and graduation. Additionally, the successful candidate will possess the ability to challenge the status quo; the desire to continually improve an already high-functioning organization; a strong vision that promotes innovation, strategic thinking, and high levels of collaboration; and a demonstrated commitment to diversity, reflected in both staff supervision and student programs. Extensive experience in the use of data and assessments to make decisions and to initiate and adapt to change; the ability to represent the Department and effectively communicate with University leadership, faculty, staff, students, families, the media, and other stakeholders; and demonstrated ability to successfully manage emergency preparedness and complex critical incidents and crises are highly desirable.

In addition to the minimum academic and experiential requirements indicated above, other desired characteristics, skills, actions, and/or abilities noted from discussions with campus stakeholders include the following:

UNC Charlotte’s Department of Housing and Residence Life was led by Jackie Simpson for over 37 years. Upon her retirement, Dr. Aaron Hart served as the Chief Housing Officer for nearly two years. Dr. Hart was then recruited to become the Vice President of Student Affairs at the University of Houston– Clearlake, thus opening the position for this search.

UNC Charlotte’s Department of Housing and Residence Life was led by Jackie Simpson for over 37 years. Upon her retirement, Dr. Aaron Hart served as the Chief Housing Officer for nearly two years. Dr. Hart was then recruited to become the Vice President of Student Affairs at the University of Houston– Clearlake, thus opening the position for this search.

The new Associate Vice Chancellor (AVC) for Housing and Residence Life must possess a broad and deep understanding of national best practices and innovations with regard to housing and residence life operations, technology, finance, in a large state institutional setting. The AVC should be an experienced or aspiring leader who has had success building and advancing a progressive program at another institution, be capable of managing multiple priorities, and be equipped to contribute at both a strategic and tactical level to a vibrant and fast-paced Division of Student Affairs.

UNC Charlotte is dedicated to finding a competent and visionary individual who can promote and develop the staff/team, set departmental priorities, and work in tandem with the Vice Chancellor for Student Affairs, the upper administration, the other members of the leadership team and the staff in the Department to progressively, innovatively, and comprehensively move the program forward. The following were identified as possible opportunities, priorities, and challenges that will face the new Associate Vice Chancellor for Housing and Residence Life at UNC Charlotte:

Immediately following World War II, the United States experienced an urgent need for a workforce with the education necessary to meet the demands generated by the war and its technology. UNC Charlotte is one of the universities founded at that time in metropolitan areas throughout the United States to meet that need. While it began offering just evening classes taught in the facilities of Charlotte Central High School, the storied institution has grown into the region’s preeminent research university on a beautiful, vibrant, 1,000-acre campus designed to meet the needs of a new era.

For a timeline and complete history of UNC Charlotte, visit the website at https://chancellor.uncc.edu/spotlights/campus-history

For a timeline and complete history of UNC Charlotte, visit the website at https://chancellor.uncc.edu/spotlights/campus-history

Over the next 15 years, he rose through the faculty and administrative ranks to full professor and held various administrative posts, including associate vice chancellor for academic affairs. In 1991, Dubois was recruited to UNC Charlotte, where he spent the next five and a half years as provost and vice chancellor for academic affairs. Dubois was credited with drafting a strategic academic plan, leading the development of the University’s first comprehensive campus-wide plan for information technology, and initiating programs to better serve nontraditional adult students. Under his leadership, UNC Charlotte also planned and launched its first doctoral programs.

In 1997, Dubois was named President of the University of Wyoming. In that role, he led the development of comprehensive academic, support services, and capital construction plans for the campus; stimulated a growing volume of new capital construction projects and building renovations; expanded UW’s role in statewide economic development; and improved the recruitment and retention of students. During his eight-year tenure, state and federal legislative support increased significantly, while private gifts to the University more than quadrupled. He was honored in 2004 by the Council for Advancement and Support of Education (CASE) with its District VI Chief Executive Leadership Award.

On March 18, 2005, Dubois was named UNC Charlotte’s fourth Chancellor and assumed that role on July 15. Dubois has focused his efforts on building the University’s visibility and support in the Charlotte region; long-range planning for an expected enrollment of 35,000 students; completion of key capital construction and renovation projects in excess of $1.2 billion; improvement in the efficiency and effectiveness of critical business processes; and implementation of an intercollegiate football program starting in the fall of 2013. During his tenure, completed applications among freshmen and transfer students have grown by 91 percent, while overall enrollment has climbed to nearly 30,000 (a 38 percent increase).

Bailey, as most people call him, is a mentor, teacher, author, presenter, consultant and leader in the student affairs profession. He has served elected or appointed positions in state, regional, and national organizations, including the National Association of Student Personnel Administrators (NASPA), the Southern Association of College Student Affairs (SACSA), and ACPA-College Student Educators International. He was the chair for the 100th anniversary NASPA Conference in Philadelphia in March 2018. He has delivered numerous presentations and is the co-author of book chapters in the Jossey-Bass Publications Campus Crisis Management: A Comprehensive Guide to Planning, Prevention, Response and Recovery, the NASPA Publications Beginning Your Journey: A Guide for New Professionals in Student Affairs (4th edition), and Careers in Student Affairs: A Holistic Guide to Professional Development in Higher Education. As a Hurricane Katrina survivor, Dr. Bailey was the subject of a 2007 documentary produced by WIUP-TV on leadership and crisis. A follow-up documentary was produced in 2008.

Bailey holds a doctorate in higher education administration from Bowling Green State University and is a graduate of the Management Development Program sponsored by the Graduate School of Education at Harvard University. His master’s and bachelor’s degrees are from Indiana University of Pennsylvania. He is an only child originally from Philadelphia, Pennsylvania, is an avid Philadelphia Eagles fan, member of Kappa Alpha Psi Fraternity, Inc., conducts volunteer work with Big Brothers Big Sisters of Central Carolinas, and went to the same high school as Teller of Penn & Teller and Larry of the Three Stooges. He proudly boasts that he has never mowed a lawn in his life! 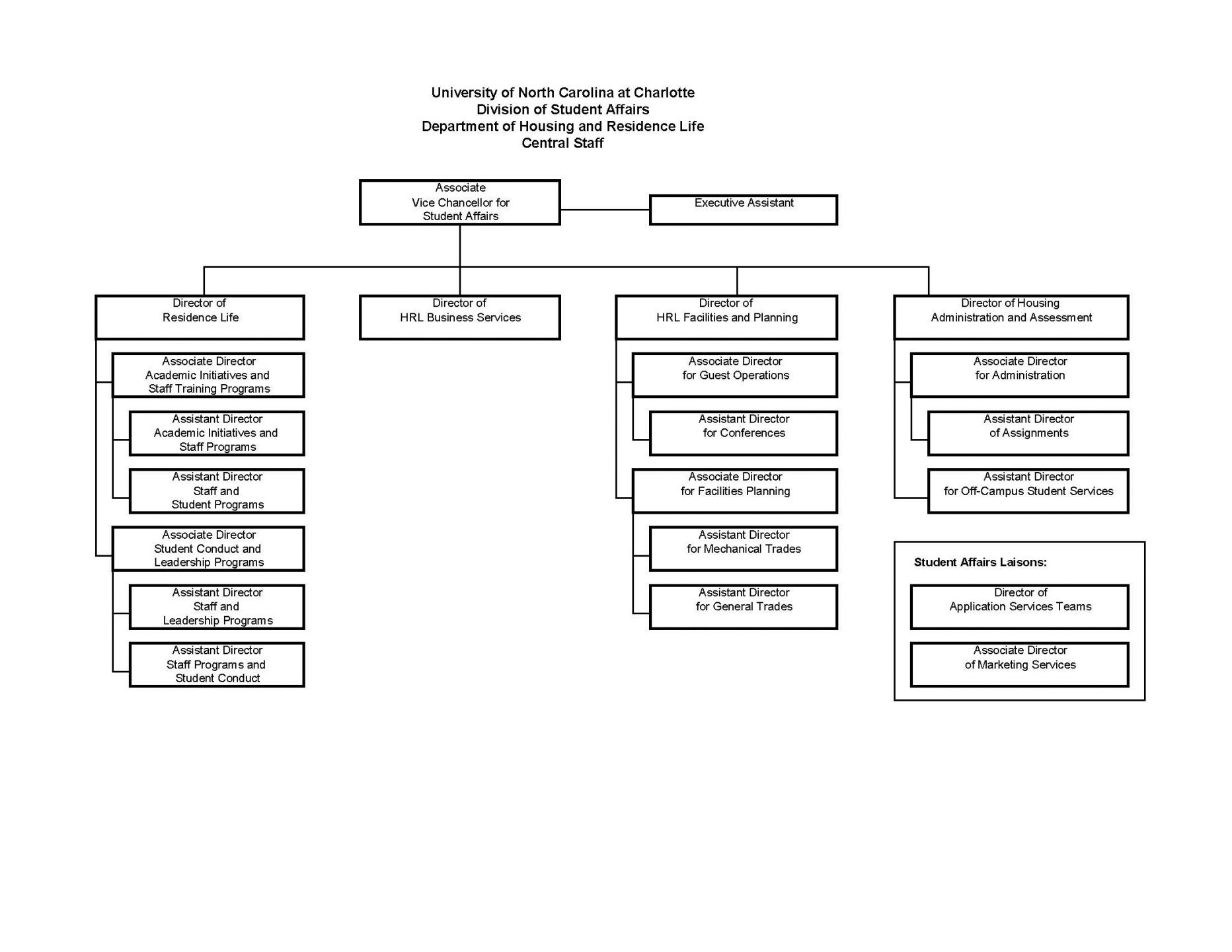 For a full and detailed look at UNC Charlotte benefits, visit the website at https://hr.uncc.edu/benefits

Review of applications will begin March 6, 2020, and continue until the position is filled. To apply for this position please click on the Apply button, complete the brief application process, and upload your resume and position-specific cover letter. Nominations for this position may be emailed to J. Scott Derrick at jsd@spelmanjohnson.com. Applicants needing reasonable accommodation to participate in the application process should contact Spelman Johnson at 413-529-2895.

The University of North Carolina at Charlotte is an Affirmative Action/Equal Opportunity employer and an ADVANCE Institution that strives to create an academic climate in which the dignity of all individuals is respected and maintained. Women, minorities, veterans, and individuals with disabilities are encouraged to apply. All qualified applicants will receive consideration for employment without regard to race, color, religion, sex, national origin, protected veteran status, disability, gender identity or sexual orientation. All applicants are subject to a criminal background check.