Reporting to the assistant vice president of student life and engagement for diversity, equity, inclusion, and belonging (DEIB), the director of multicultural student services at Michigan State University (MSU) leads the Office of Cultural and Academic Transitions, directing the programs and activities that develop and facilitate learning opportunities that enhance the multicultural competency of administrators, staff, and/or students across the university. The director oversees strategic planning and initiatives, and collaborates with MSU’s colleges to implement programs that promote cross-cultural engagement to ensure an environment that supports and values diversity. The director performs strategic and coordinated efforts to survey student climate with the vice president and chief diversity officer; directs the diversity strategic planning process within the unit, including preparation of planning materials; and aids departments in setting action plans and conducting annual follow-up in conjunction with university officials to assess progress toward unit diversity objectives. The director leads and manages the development of multicultural programs and works to represent students to ensure there are avenues for cross-cultural programs and student success initiatives within student affairs, in collaboration with colleges, academic programs, research, alumni affairs, and other segments of the university that impact the student experience. In conjunction with the associate director of development for student affairs and services, the director engages in developing opportunities with potential donors and university partners through proposal development to augment funding sources for the Office of Cultural and Academic Transitions programs and projects. The director leads and manages a team to ensure that the primary focus and outreach is specifically tailored to meet the needs of the Asian, African American, Latinx, and American Indian student communities by providing leadership and direction for MSU programs. The position oversees six to nine full-time staff and manages an annual budget of $800,000.

Additional duties and responsibilities of the director of multicultural student services as enumerated in the institutional job description include the following:

Formerly known as the director of cultural and academic transitions, MSU has revised the position to be more aligned with the scope of work reflective of the newly revised title of director of multicultural student services. For more than a decade, the position has been filled on an interim basis. Accordingly, MSU has positioned itself to seek a leader to hold a permanent role and provide strategic leadership for multicultural student services.

Formerly known as the director of cultural and academic transitions, MSU has revised the position to be more aligned with the scope of work reflective of the newly revised title of director of multicultural student services. For more than a decade, the position has been filled on an interim basis. Accordingly, MSU has positioned itself to seek a leader to hold a permanent role and provide strategic leadership for multicultural student services.

In transitioning to MSU, the director may encounter the opportunities and challenges listed below, as shared by key stakeholders:

A master’s degree in higher education administration, social science, behavioral science, or similar field, and at least five years of related and progressively responsible or expansive work experience in the areas of organizational development, cultural studies, diversity programming, problem-solving with diverse populations and complex organizations on sensitive issues, or an equivalent combination of education and experience are required. A terminal degree, along with work experience in the areas of social studies, cultural studies, or counseling in a higher education environment, is desirable.

In addition to the qualifications stated above, key stakeholders identified the following list of additional capabilities and attributes of a successful candidate:

In addition to the qualifications stated above, key stakeholders identified the following list of additional capabilities and attributes of a successful candidate: 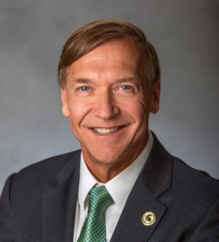 Samuel L. Stanley Jr., M.D., was selected by the Michigan State University Board of Trustees as MSU’s 21st president, effective August 1, 2019. Since his arrival, Dr. Stanley has moved decisively to ensure the university is a safe, respectful, and welcoming place for all. Student success and well-being and continuing to grow MSU’s extraordinary regional and global impact are his top priorities.

His infectious disease research background has informed MSU’s response to the COVID-19 pandemic as he leads the university’s work to safely advance its mission of education, research, and outreach.

Stanley launched a comprehensive strategic planning process for the university; created a diversity, equity, and inclusion planning committee; and appointed two relationship violence and sexual misconduct expert advisers. He has overseen several changes in the institution’s administration, organization, and programs to improve services, operations, and accountability.

Continuing to expand the university’s research enterprise is another priority. MSU’s research portfolio totaled $725 million in 2019 expenditures. MSU’s $730 million Facility for Rare Isotope Beams (FRIB) is planned to begin scientific user operations ahead of schedule and on budget in 2022. Operating at the frontiers of nuclear science, it will yield insights into the nature of the universe as well as practical discoveries to enhance everyday life. FRIB reached a milestone in 2020 when the U.S. Department of Energy designated it a DOE Office of Science user facility.

A researcher, patent holder, and former technology transfer executive, Stanley supports academic and industry collaborations to leverage both their economic impact and the potentially enormous contributions they can make to society.

Stanley also reorganized oversight of the university’s three medical colleges and its clinical services into a health sciences entity. And, in January 2021, MSU signed a 30-year agreement with the Henry Ford Health System in Detroit to foster groundbreaking research, best-in-class cancer care, and health care professional diversity while improving access in traditionally underserved communities. In another collaborative relationship, MSU and Apple Inc. agreed to partner on a Developer Academy in Detroit, the company’s first such skills development facility in the United States.

Active in higher education organizations, Stanley sits on the boards of the Association of Public and Land-grant Universities, the University Innovation Alliance, and the Michigan Association of State Universities. He is an engaged member of Michigan’s University Research Corridor, Business Leaders for Michigan, and the Association of American Universities (AAU), having served previously on the AAU board. Stanley holds appointments to the Michigan Employment Relations Commission’s Health Care Advisory Committee and the McKinsey & Company Taskforce on Higher Education and Opportunity. He also is a past member of the NCAA Board of Directors and NCAA Board of Governors.

Born in Seattle, Stanley earned a bachelor of arts in biological sciences (Phi Beta Kappa) from the University of Chicago. After earning his medical degree from Harvard Medical School, he completed resident-physician training at Massachusetts General Hospital and then went to Washington University in St. Louis for a School of Medicine fellowship in infectious diseases. There, he became a professor in the departments of medicine and molecular microbiology, recognizing the collaborative nature of his research.

A distinguished biomedical researcher, Stanley was one of the nation’s top recipients of support from the National Institutes of Health (NIH) for his research focusing on enhanced defense against emerging infectious diseases. He is an expert in the biological mechanisms that cells employ when responding to infectious agents.

Stanley has served as chair of the National Science Advisory Board for Biosecurity, which advises the U.S. government on issues related to the communication, dissemination, and performance of sensitive biological research. He was a member of the National Advisory Allergy and Infectious Diseases Council at the NIH and a member of the NIH director’s Blue Ribbon Panel on the National Emerging Infectious Diseases Laboratories. He also served as an ambassador for the Paul G. Rogers Society for Global Health Research and has received an honorary doctorate in science from Konkuk University in South Korea.

Prior to becoming MSU’s president, Stanley served as president of Stony Brook University on Long Island in New York. At Stony Brook, he focused on improving campus diversity and student success and elevated the university’s research profile by supporting a new institute for artificial intelligence. He chaired the board of Brookhaven Science Associates, which manages Brookhaven National Laboratory on behalf of the U.S. Department of Energy.

President Stanley’s wife, Ellen Li, M.D., Ph.D., is a distinguished biomedical researcher and gastroenterologist. In addition to her roles as a clinician and scientist, Dr. Li has tutored students in chemistry and mentored many students interested in biomedical research. Dr. Stanley and Dr. Li have four adult children.

For a detailed look at MSU benefits for executive managers, visit: https://hr.msu.edu/benefits/index.html

Review of applications will begin on Friday, February 11, 2022, and continue until the position is filled. To apply for this position please click on the Apply button, complete the brief application process, and upload your resume and position-specific cover letter. Nominations for this position may be emailed to Quincy Martin III at qm3@spelmanjohnson.com  Applicants needing reasonable accommodation to participate in the application process should contact Spelman Johnson at 413-529-2895.

Michigan State University is committed to the principles of equal opportunity, nondiscrimination, and, in the context of employment, affirmative action. University programs, activities, and facilities are available to all without regard to race, color, gender, gender identity, religion, national origin, political persuasion, sexual orientation, marital status, disability, height, weight, veteran status, age, or familial status. The university is an affirmative action, equal opportunity employer. In carrying out this commitment, the university is guided by the applicable federal and state laws and regulations, and policies adopted by the Board of Trustees.

The university has a comprehensive employment Affirmative Action Plan that includes placement goals for academic and support staff employment and an affirmative action policy for the employment of veterans and persons with disabilities. The Office for Inclusion and Intercultural Initiatives oversees the Plan by reviewing individual academic and support staff hiring recommendations, and advises the President and other university administrators on equal opportunity, diversity and inclusion matters.

MSU is committed to achieving excellence through cultural diversity. The university actively encourages applications and/or nominations of women, persons of color, veterans and persons with disabilities.